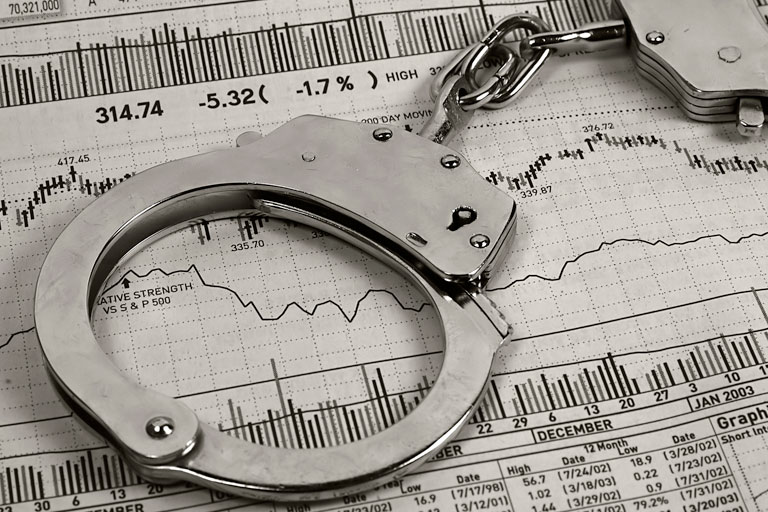 Named after legendary fraudster Charles Ponzi, a Ponzi scheme refers to a pyramid-like investment operation that relies on the money of new investors, rather than from profit earned through a legitimate business. Seen as a quick and easy way to get rich, pyramid schemes such as Ponzi's operation sucker thousands of people in each year, which is bad news when you consider the majority of them end with the operator running away with all the money.

Everyone would like to get as rich as possible in as short a time as possible – and over the years there are plenty of people who have tried, and failed, to do so. From Hollywood heroes through to Premier League footballers, here's just a few stories to make your bank balances shudder.

In 2015, a gang of middle aged crooks decided they'd reunite for one last heist. With retirement looming, the idea was to pull off the biggest job in history, with the loot arriving in the form of £14m-worth of jewellery. The location: Hatton Garden, London, UK.

When glanced at from a distance, this story may sound like something more akin to a Hollywood script than a genuine robbery attempt. However, with most of the gang now serving time in jail, it's hard to see this story sharing the same happy ending as Ocean's Eleven or The Italian Job.

While most people can see that gambling £1,000 is a little steep, those suffering with addictions may only be able to see the potential returns – meaning that when they lose, they're already too busy planning their next stake to care. What this means is that rather than getting rich quick, gamblers can often become lonely, depressed and bankrupt as their money slowly slips away.

Throughout the footballing world, stories like this are a sad, but familiar tale. In fact, former Stoke player Matthew Etherington accumulated debts of over £1.5m during his playing career, while ex-Liverpool man Dietmar Hamann openly admitted to losing over £200,000 in a single day at the height of his addiction.

The Wolf of Wall Street

For most people, whenever they hear the term 'Wolf of Wall Street', they immediately think of Leonardo Di Caprio and Martin Scorsese's 2013 award-winning film. But what many people don't realise is that 'The Wolf' was actually an adaptation and Jordan Belfort – the film's lead character – was in fact a genuine fraudster back in the 1990s.

Like so many fraudsters, Jordan Belfort saw market manipulation and illicit scams as a sure fire way of getting rich quick – and as anyone who's seen Scorsese's movie can tell you, boy did it work. Unfortunately for Jordan, in 1999 the party ended, and he was sentenced to four years imprisonment. Not only that, he also had to pay $110m in restitution – meaning he didn't end up that rich, after all.

Don't forget – for more stories like Ponzi, The Wolf and the Diamond Geezers, be sure to stop by our blog more often!