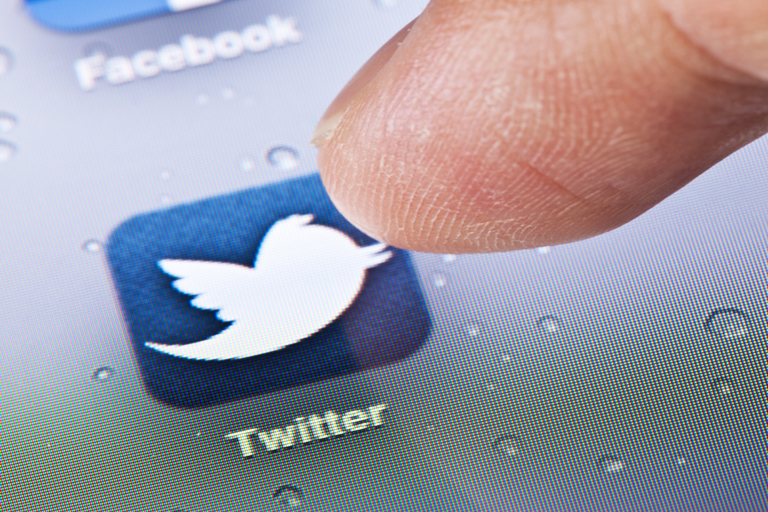 You might be a 140-character mastermind, but if those fantastic tweets aren't earning you money, it might be time to put your #talents to better use.

From building hype to tweeting like a celebrity, we show you our top five ways to make money on Twitter.

If you spend a lot of time using social media platforms, you probably have a good understanding of any drawbacks in their user-friendliness. Your personal experience with Twitter's usability might have only resulted in a few frustrated noises or happy feelings until now, but it's time to get your thinking hat on and write it all down. Why? Because the cons you think need dealing with are probably niggling other people, too.

Ideas website Lifehack suggests you use this first-hand experience to create something technical that improves the lives of your fellow Twitter users. As an example to get your creative juices flowing, the scheduling app Buffer could well have come about after the simple realisation that, in order to increase the number of people who see your post, you need to post it at the right time. Tah-dah - in steps the app to save the day! Is there something you could create to answer a problem you've encountered on Twitter?

On the subject of innovative ideas…

Crowdsourcing on Twitter could get you the cash you need to bring your idea to life. Make sure you've got an idea that's worthwhile before you start asking followers to part with their money - you don't want a bunch of angry tweeters! Perhaps hold your own case studies with friends to get some honest feedback before you invest any cash.

The next step is to construct some attention-grabbing, heartstring-pulling or just plain passion-filled tweets to get people excited about your big idea. Twitter offers some great advice to businesses looking to make an impact on the platform, and the tips can easily apply to individuals hoping to craft a first-class tweet to get their followers digging deep:

While a good old rant on Twitter may be cathartic, it's worth thinking about who sees your tweets. If you're trying to get ahead in your industry, it may be worth not only holding back on the #anger, but taking the opposite approach and channelling those positive vibes into something more productive.

Don’t be afraid to show off your personality through your tweets, just make sure your account is both personal and professional; it could go a long way to encouraging your boss at work to give you a pay rise or convince any future employer that you’re the right person for the job.

If you'd like to make a name for yourself as a food blogger, chef or event caterer, Twitter is the perfect place to share snaps of your delicious dishes. But the same applies to pretty much any product: Great photography is really powerful when it comes to making people want to buy something, so Twitter is also the perfect place to share snaps of crafts, clothes, jewellery - anything you make and might want to sell.

Just add a suitable hashtag and upload high-quality images and videos, because - as Twitter's own research found in 2014 - they can both result in a serious boost in engagement. In fact, their study saw photos boost retweets by an average of 35%, and videos by an average of 28%, across a variety of industries. So get snap happy, and people will be asking where they can buy it in no time!

Celebs get paid a fortune to tweet about products, but the Average Joe can too (a much, much smaller fortune, admittedly!). You can't do this directly through Twitter, so you do have to go through a third-party company such as PaidPerTweet or SponsoredTweets, but the idea is simple: You set up an account and you're then contacted on behalf of companies who want you to tweet about their product or service.

You can accept the ones you are happy to support, and then you'll usually tell them how much you want to be paid for doing so. You'll need to compose a tweet that helps the company gain positive exposure, and it will likely include links to their website and details of a promotion or something similar. Your tweet will need to have a 'mandatory disclosure' attached to the message, ensuring your followers know it's sponsored.

And there you have it - five ways to give your bank balance a boost from the comfort of your own sofa!