We use cookies to improve your online experience. Learn more about what we use them for here 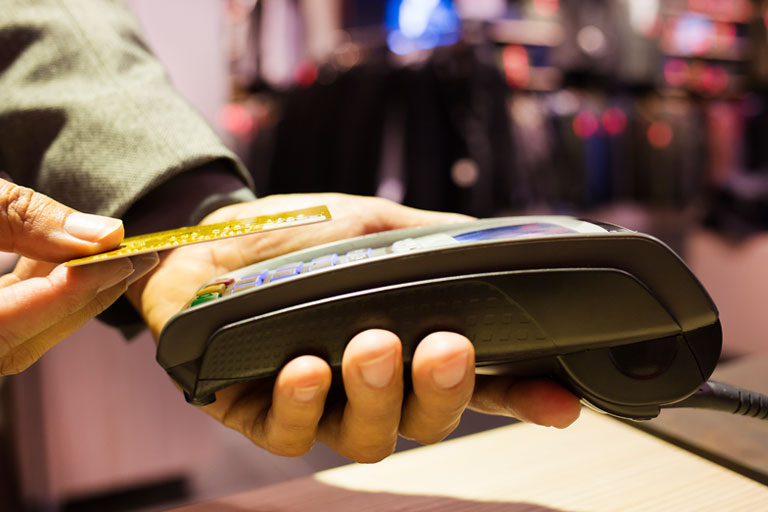 Where once we used to fumble for change or bash the buttons of our pin into a machine, the birth of contactless payments over the past few years has transformed the way we buy things.

For some people, contactless payments are rapidly becoming part of everyday life. Londoners who have now replaced their Oyster Card with their contactless bank card when getting on and off the tube perhaps offers the best example of this. And yet despite the masses taking to contactless like a duck to water, there are still plenty of people who aren't feeling the benefits associated with this modern payment method.

For such people, contactless transactions present an opportunity to be frivolous, meaning less and less of their salary is available to be stretched to pay for essential things like fuel, food or rent each month.

Bars, fast food restaurants and convenience stores – anywhere where the average spend is under £30 per person – are a particular threat, as people hand over their contactless cards without thinking of how much they're actually spending.

Making matters worse, the fact that even the most modern banking apps do not update with certain transactions until a few days later means that even the savviest of shoppers can find it hard to budget. One day their account says they have £100 for the week, the next, it reads an unsightly £25 – it's an issue so many face on a daily basis.

When assessing whether or not contactless payments have transformed the way we spend money, a fairly obvious conclusion can be reached. However, when debating whether or not this change can be seen as a positive thing or a negative thing, it becomes a lot trickier to arrive at a similarly clear conclusion.

While the numbers may suggest that contactless payments are much more likely to rise than they are to fall away, issues regarding whether or not they make users more frivolous or not remain. Luckily, even if this is the case, our blog can provide all the information you need in order to keep hold of your cash – whether you're spending notes, coppers or digital currencies via your smartphone.

Previous Post
Next Post
Popular Posts Hen Do Ideas For Less Mindful Millennials – The most money savvy of them all Travel doesn’t have to be expensive, why pay more? Coupons and special offers can make a difference to your weekly budget 7 ingenious tips for moving house on a budget How to avoid being taken in by fraudsters How to make money on YouTube How with very small steps you can improve your credit rating Simple ways to make money from your home Stag Do Ideas For Less
Your Financial Toolkit Budget Planner Loan Calculator Printable Worksheets